Still Point Program Facilitator Maria Vorhis graduated from the University of Iowa in 2012 with a B.A. in Theater Arts. She has accumulated a fascinating and impressive gumbo of artistic experience as an actor of both stage and screen; also as a producer, storyteller, writer, and facilitator. Maria is a committed and passionate artist who values the gift that playmaking can grant to both performers and audiences: the gift of truly being present in the moment, and enjoying it fully.

A key element that has formed her artistic life is her background in Clowning, which she first encountered in a college class taught by Paola Coletto. Through exploring Clown and Mask work, Maria found freedom in a physical approach to developing characters. In essence, the process was one of stripping down rather than putting on: removing the safety of physical habits to reveal a more raw and vulnerable self on stage.

This work informs her approach as a facilitator. Maria frequently uses the word “innocence” to refer to the state she seeks for herself and her students when developing work. In an age rife with cynicism, we are all perhaps a bit starved for innocence. Interestingly, the quality of innocence is one of the many gifts that adults with developmental disabilities have to share with the larger community.

When speaking of her current group of participants at El Valor, Maria recounted a story of one class member’s blossoming when randomly assigned the role of a cheerleader in a scene. Formerly silent and reserved, the young woman suddenly lit up like a light bulb, accessed her inner ham, and started dancing gleefully. Maria asserts that these unexpected moments of pure joy are exactly the ones she wants to recreate for audiences.

With unabashed gusto, it does appear that Maria seems to revel in the unexpected. Immediately after graduating from college, the young actress found herself completely uninterested in auditioning for roles.  She developed material while engaged in a group dubbed “Lady Comedy Circle and Terrorist Society” – and would later turn this writing into her one-woman show, Are You There, George?  The idea of touring living rooms started as a joke with friends, but became a reality when her close friend and artistic partner Kaitlyn Busbee directed the piece, and they did indeed take it on an Iowa living room tour! The play was also performed in a more traditional venue when it appeared in the Minnesota Fringe Festival, but Maria asserts that it was better served in the intimate space of private homes. Considering that the set is a bunk bed, and that the story is about a 12-year-old girl longing for breasts and a sense of belonging, one can see how this might be true – although the play’s appearance in that festival did land Maria the title of #1 Newbie of the Fringe.  A 2015 tour of this show is in the works.

Former Still Point intern and Facilitator Tory Flack, who also attended the University of Iowa, introduced Maria to Still Point, and we are very pleased that she did. Clearly, Maria brings many unique gifts to the table, and we are most fortunate to have this talented and innovative artist on the Still Point team. We look forward to witnessing the unexpected moments of delight that she and her participants at El Valor will discover and share with all of us. For more information on Maria’s work, please visit her website: http://www.mariavorhis.com/ 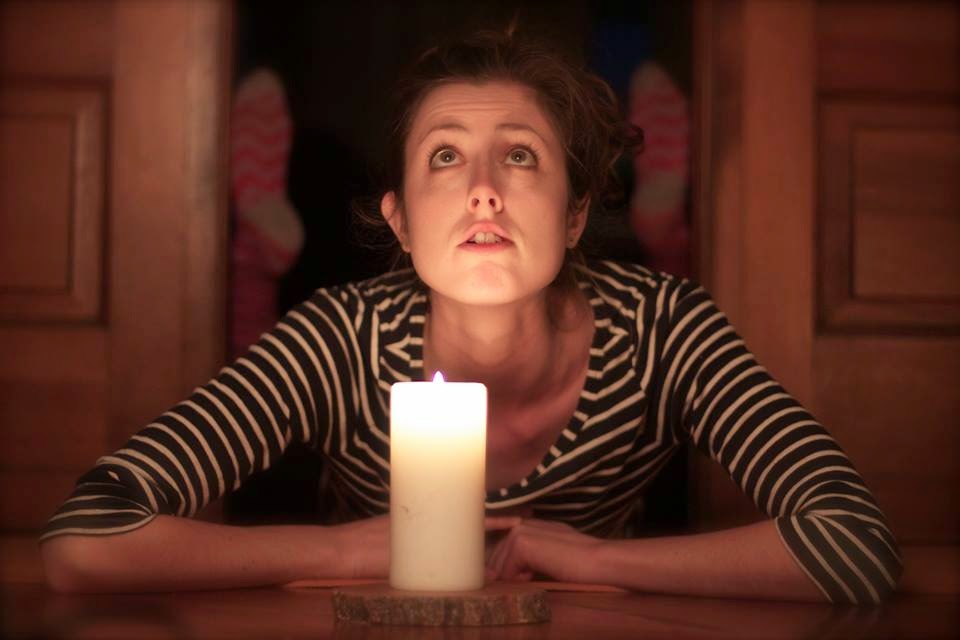 (Above) Maria as Natalie in her one woman play Are You There, George? 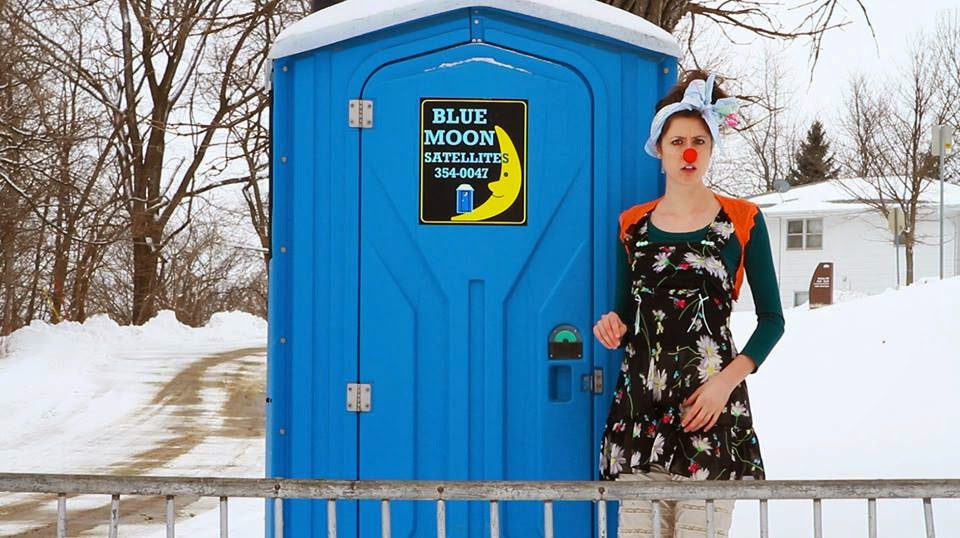 As Petunia in short film: Where Are You?
Posted by stillpointtheatrecollective at 8:14 AM